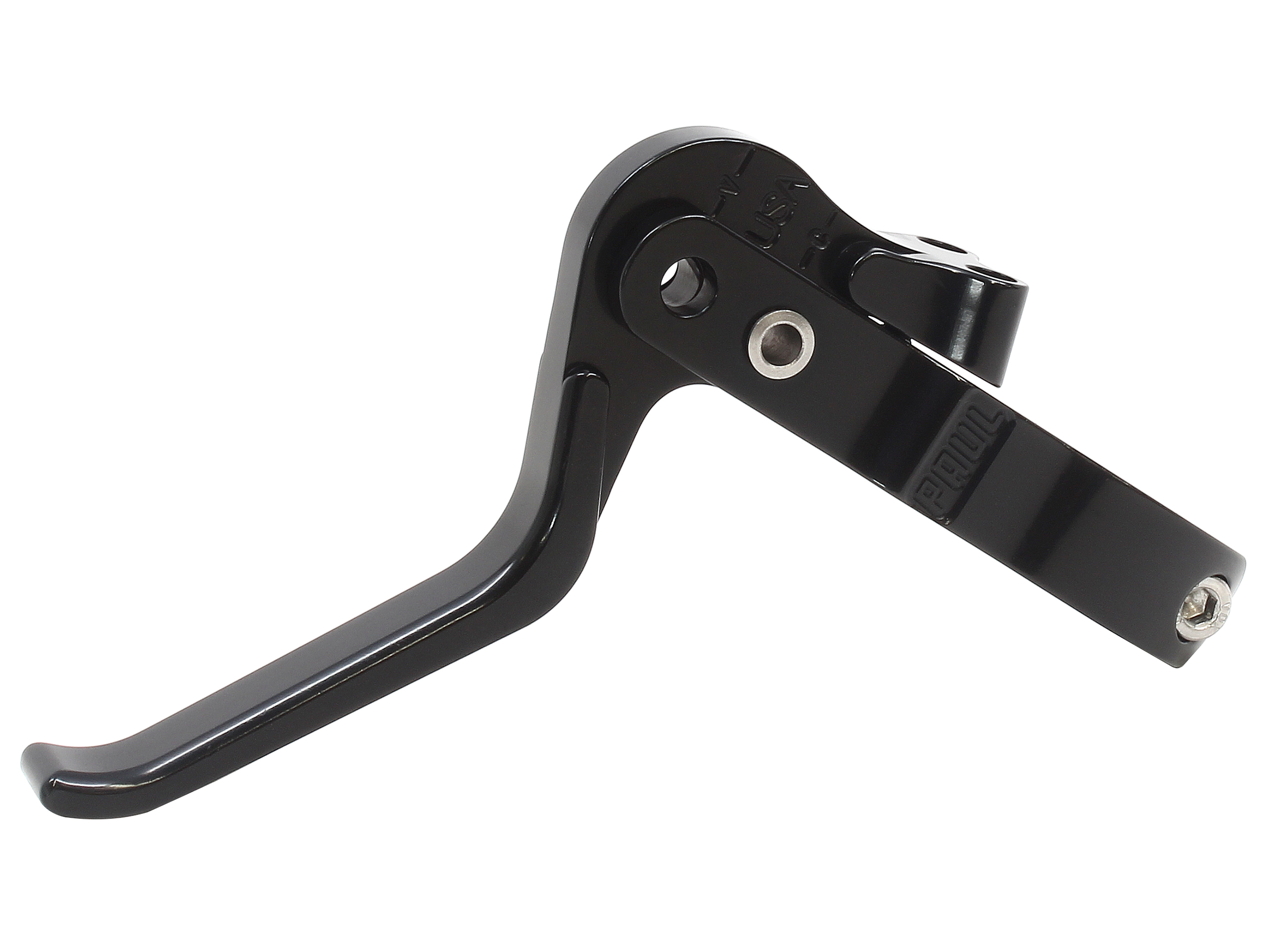 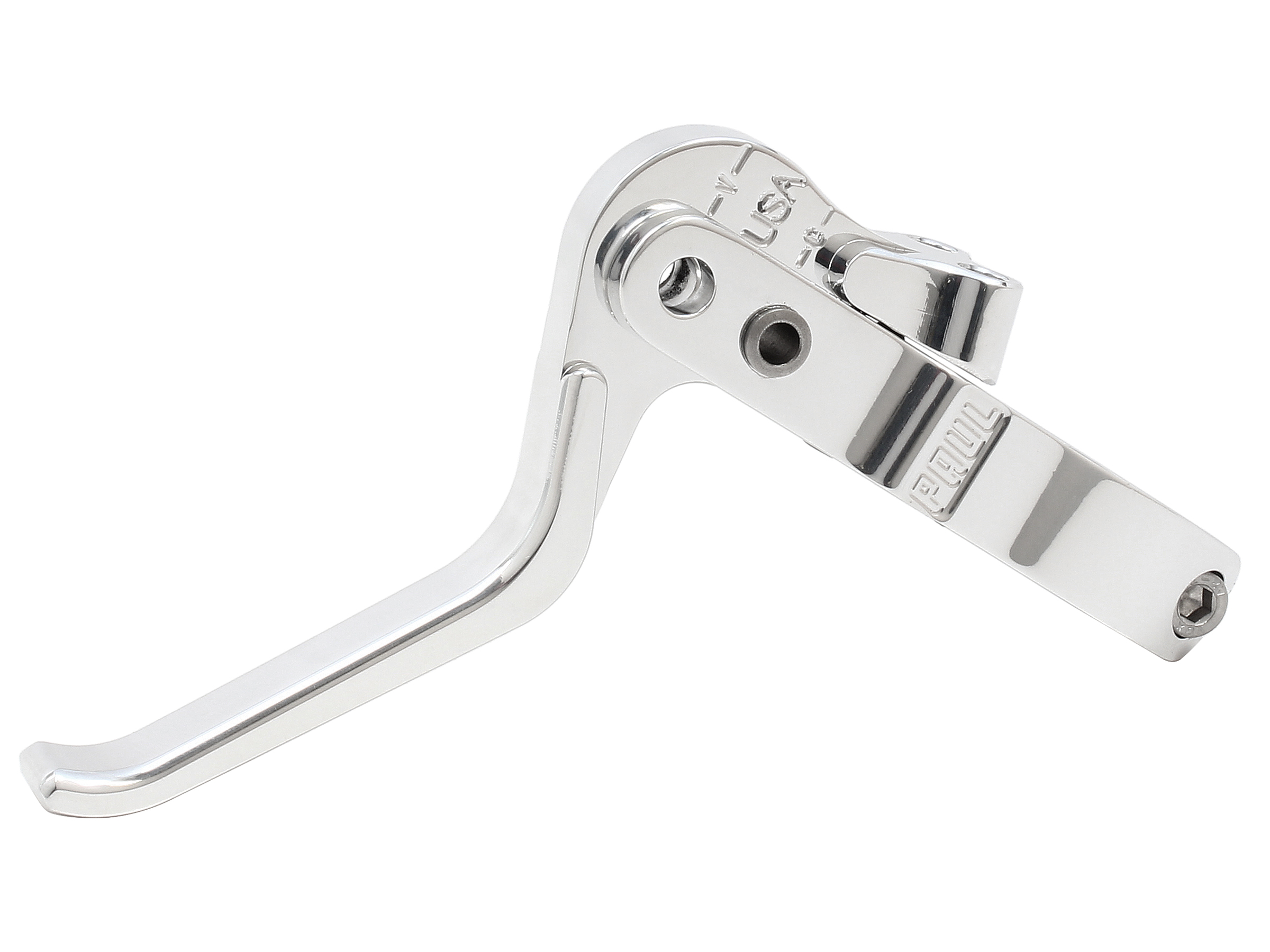 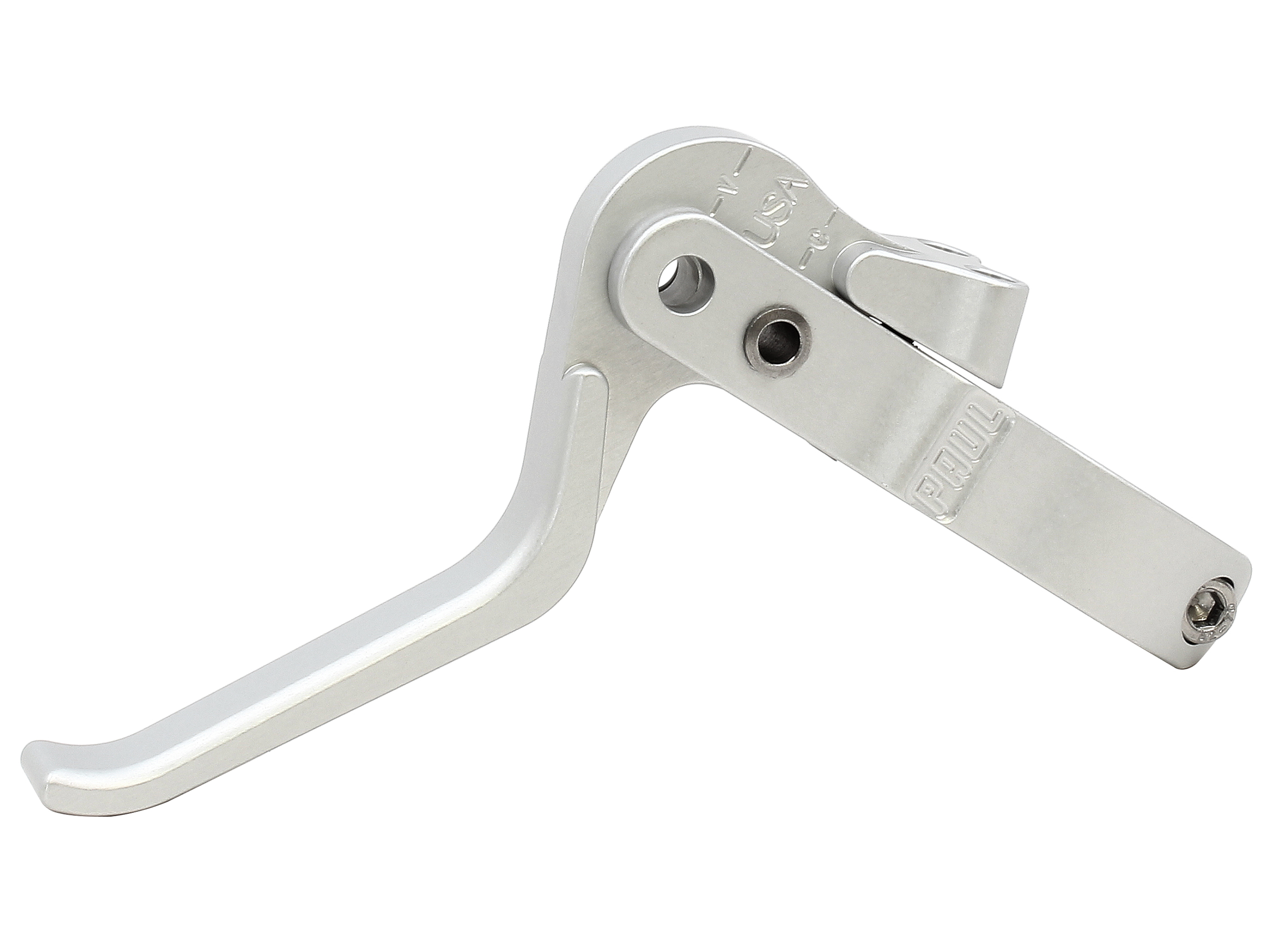 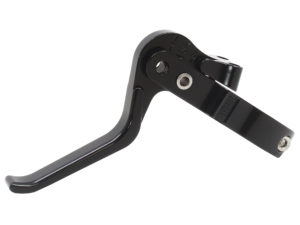 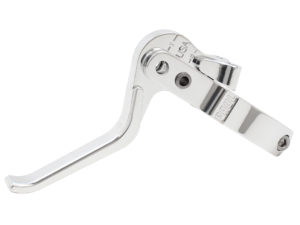 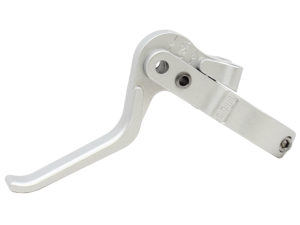 The Duplex Lever is a single brake lever that pulls on two brake cables simultaneously.

The Duplex Lever was originally designed for bike polo players, to allow them to use both brakes while swinging a polo mallet with their free hand. Since its introduction the Duplex has generated considerable excitement among adaptive cyclists as well. 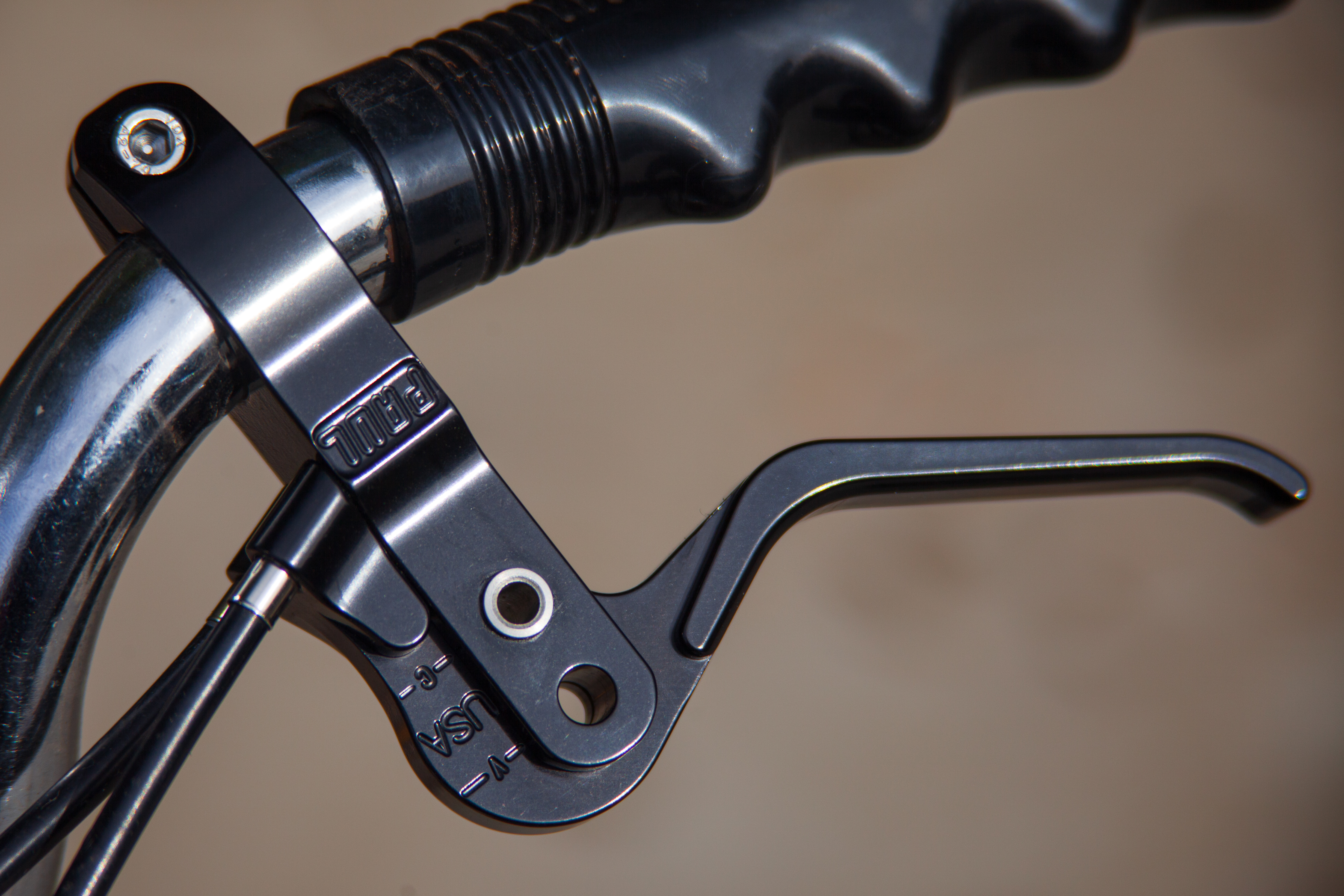 The Duplex Lever uses inline barrel adjusters that can be installed at any point along the brake cable housing. This keeps them safely out of the way of stray polo mallets without sacrificing adjustability.

The perch of the Duplex is symmetrical and allows it to be used as a left or right-handed brake lever by removing the pivot and flipping over the lever arm. 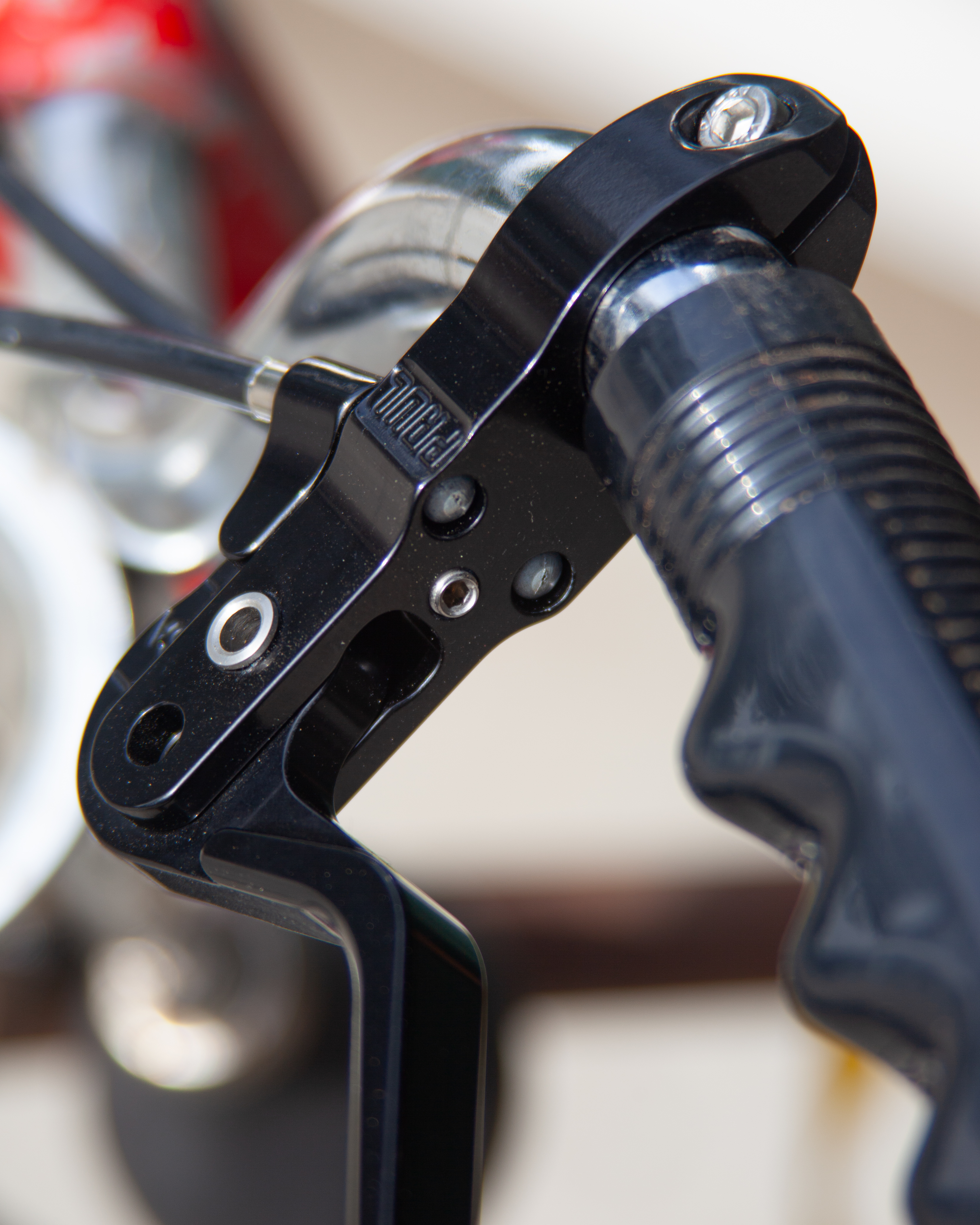 Additionally, the double pivot allows the Duplex to work with either long or short-pull brakes, just like the Cross Lever, by placing the pivot pin in the inner or outer pivot hole.

A reach adjust screw can adjust how far the lever rests from the handlebar, putting it right where you want it.

Our monthly email is an ongoing bike conversation for creative people who spend a lot of time in their garage.